Here are some new paintings that I created in the studio at GCA.


This is a little sneak preview of a part of a landscape painting I've been working on for several months. I started it en plein air, working on it outside for a month - since then I've been adding parts and modifying other pieces, bringing it to a coherent finish. It's been a fun process and the location is meaningful to me in a personal way, which adds to the enjoyment and process.

Posted by Connor de Jong at 4:26 AM No comments:

The Yoruba city of Ife in West Africa was the birthplace of a particularly incredible series of portrait sculptures in the 12th-14th century AD. I find it particularly interesting that a tradition of highly skilled naturalist sculpture developed independently from the Western Greco-Roman tradition. Evidently an interest in depicting people and things as they are is not necessarily unique to the West.

The Yoruba artistic tradition was centered around the concept of àṣẹ, the source of divine power that runs through all things on Earth. The head (orî) is considered to be the center of the àṣẹ in human beings. This philosophical understanding is the basis for the varied and exceptional sculpture of the Yoruba kingdom.

The concept of the inner and outer head is also a central feature of the Yoruba portrait. These images above are sculptures completed in the city of Ife, following the depiction of the outer head (its naturalistic physiognomy). The city of Ife was particularly proficient during the period of the 13th to 15th century in creating highly naturalistic sculpture work, possibly by a handful of artists working in a close-knit setting.

Yoruba portrait sculpture can also be highly symbolic to better depict the inner head in its metaphysical state - here I have only posted the naturalistic "outer head" sculptures due to their visual accessibility to us. In the sculpture of King Obalufon II, it is interesting to note that the purity of the copper (96.8-99.7%) surpasses the sculptures of Ancient Greece, Rome, the Italian Renaissance and Chinese bronze casters. (Blier)

Although we do not have a great understanding of who these artists were or their technical process, their work speaks for itself and crosses time and space to reach artists and art appreciators. I hope you can appreciate it.

It's been a few months since I posted on this blog. When I started this blog, I had the intention of documenting my progress through GCA; which I did for a good while, but I now find myself in a much different situation and I feel like the point of me writing here needs a new purpose as well.

I plan to use this blog as a spot to post my work (something which I will do with more regularity) as usual - but I also would like to use this as a space to share information that I find interesting. Mostly things ranging from art and history to language and geography. As I am now in my fourth and final year at GCA, the work that I plan to do outside of school becomes more and more of a preoccupation. I hope that by making this blog a little more of a space for me to share and discuss what's bandying around in my head, I can have more fun with it and hopefully keep it interesting for anyone reading.

Anyway, here are a few pieces from the last few months -

I was in Ceret, France over the summer, which is where I did the two little landscape sketches. I have a large panoramic landscape painting which I started there. I've been working on it for quite a few hours now and I still have quite a few to go. I'll post it up when I'm done, which should be sometime in mid-November likely. It's been an exciting but taxing project. It's nice to have some emotional investment in a piece though, something which I rarely get out of the academic nudes.
Posted by Connor de Jong at 9:06 PM 3 comments:

Two things from this year

Hello all,
Here are two pieces from this past year at GCA - I've neglected this blog for a little while, but I'd like to start posting more frequently again. I started painting in color at school and I am coming to grips with the challenges of painting multiple sessions in color on the same painting... it's a different challenge than  color sketching.

I'm back from the Hudson River Fellowship - I had a great time with the fellows up there, especially Brian Macneil and Nathan Sowa. Jackson, NH is a beautiful place and the constant inspiration in the landscape was truly invigorating. I'm looking forward to exploring the landscape further this month in more plein air sketches and some studio paintings. 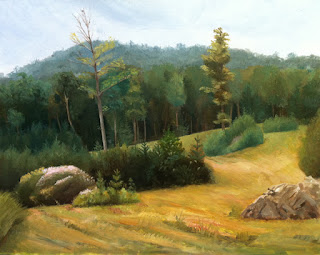 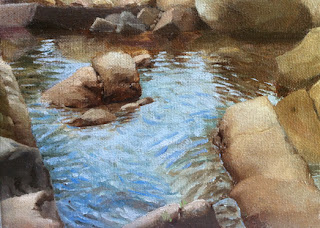 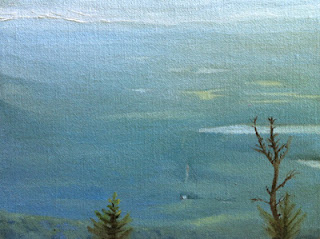 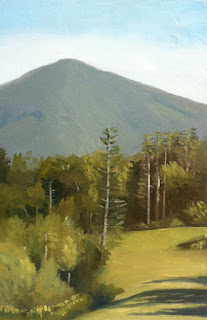 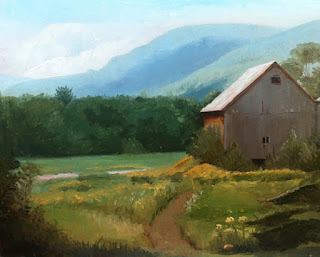 Here is a new figure drawing with two old paintings. Going to be working on a few new portrait projects in the coming days, and I'm looking forward to landscape painting this summer at the Hudson River Fellowship again.
Posted by Connor de Jong at 8:05 PM No comments:

Connor de Jong
I am a painter currently residing in NYC. I aim to capture the reality of life, culture and nature in my work.